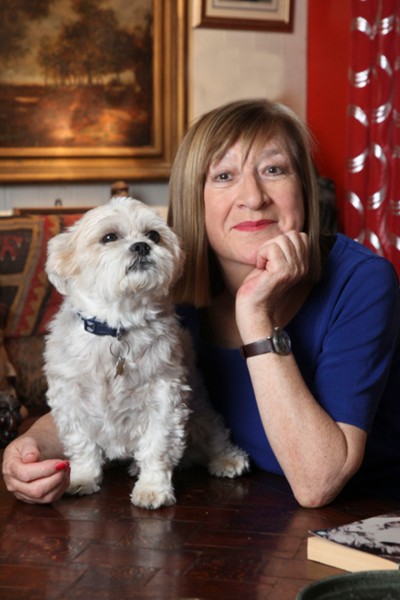 Kate High’s debut, THE CAT AND THE CORPSE IN THE HANGING BARN, a cosy mystery featuring Clarice Beech, a latter-day Miss Marple, and various rescue animals, will be published in hardback and eBook by Constable in May 2020.

Kate High worked for many years as a designer/maker, specialising in metals. She exhibited internationally, and her work was sold via the V&A, the Design Council and Liberty’s, amongst others. She was involved in animal welfare for fifteen years, having been both a volunteer and then a paid branch administrator for the RSPCA. She also co-founded a charity that aims to support older animals, Lincs-Ark. After taking a poetry course with UEA in 2013/2014, and a writing course with The Faber Academy in 2014/2015, Kate began writing full time.

She lives with her rescue dog and cats near Boston, Lincolnshire, around 40 minutes’ drive from the Lincolnshire Wolds, the setting for her Clarice Beech novels.