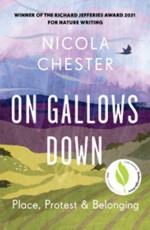 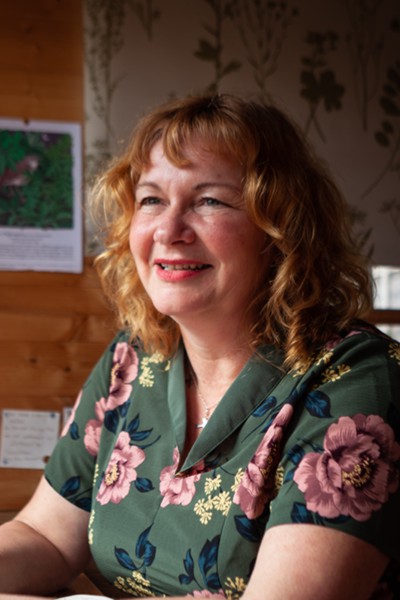 Nicola Chester won BBC Wildlife magazine’s Nature Writer of the Year Award in 2003 and has written a regular column for the RSPB members’ magazine Nature’s Home (formerly Birds) for over 13 years. She grew up alongside the internationally known environmental and political battlegrounds of Greenham Common and the Newbury Bypass protests, in which in her twenties she became involved, returning to live in a tied cottage on the nearby Highclere Estate (now famous as the setting for ‘Downton Abbey’) during her early married life.

Part memoir, part nature writing, ON GALLOWS DOWN: Place, Protest and Belonging is the story of a life shaped by landscape, by an enduring love of nature and the fierce desire to protect, honour and celebrate it. It was published in October 2021 by Chelsea Green.

Nicola lives in North Wessex with her husband and three children.

Praise for ON GALLOWS DOWN:

“From treetop protests at the Newbury Bypass to the grand Highclere Estate, ON GALLOWS DOWN is that rare thing: nature writing as political as it is personal”
Melissa Harrison, author of The Stubborn Light of Things

“An evocative and inspiring memoir which touches on environmental protest, family, motherhood, and most importantly, nature”
Claire Fuller, author of Unsettled Ground

“A powerful personal and political journey through place that charts the profound influence we have on nature, and that nature has on us”
Rob Cowen, author of Common Ground

“Charged with love and fire, ON GALLOWS DOWN is a beautiful exploration of a much-mapped, multi-faceted landscape”
Katharine Norbury, author of The Fish Ladder

“Powerful, enlightening, dazzling, hopeful, ON GALLOWS DOWN is a rare and precious gem – to be savoured, not rushed, and returned to again and again”
Brigit Strawbridge Howard, author of Dancing with Bees