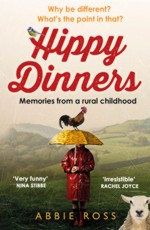 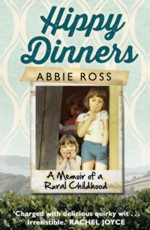 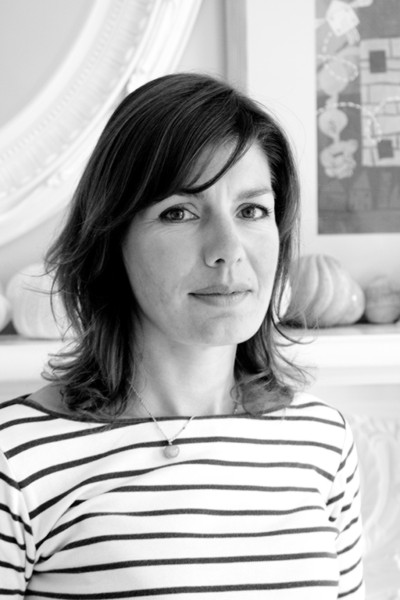 Abbie’s elegant and subtly humorous memoir, HIPPY DINNERS, is the story of a childhood in Welsh-speaking rural Wales. In 1972, when Abbie is seven, her glamorous metropolitan parents move from Islington to Wales in search of a different and simpler life. For Abbie, the only cloud on the horizon of this idyllic life is the nearby hippy commune and its inhabitants to whom, she fears, her parents are getting uncomfortably close.  A TV option in HIPPY DINNERS has sold to Baby Cow, with Steve Coogan and Jess Williams writing in development with the BBC.

Abbie Ross was a Senior Producer of television commercials at Aardman Animation. She lives in Bristol with her husband and two children. She is the author of HIPPY DINNERS (Doubleday 2014), and is now working on her first novel.

Praise for HIPPY DINNERS:
“Charged with delicious quirky wit … Irresistible.” Rachel Joyce, author of THE UNLIKELY PILGRIMMAGE OF HAROLD FRY
“Warm, laugh-out-loud, enchanting – read it now!” Good Housekeeping
“Anyone who grew up in the era of Benny Hill, cheesecloth and Charlie’s Angels will find this irresistible.” Jane Shilling, Daily Mail
“HIPPY DINNERS is an absolute joy … both sweetly moving and killingly funny.” Horatio Clare, author of RUNNING FOR THE HILLS
“Spot on and very funny.” Nina Stibbe, author of LOVE, NINA
“Bright with playground speech patterns and knee-high perspectives, HIPPY DINNERS deftly conveys the child’s sense of powerlessness and confusion in a world she – and worse, even the adults around her – can’t control.” Guardian
“An outstanding debut … so good, so funny, so true.”  Julia Gregson, author of EAST OF THE SUN
“Recreates the fragile, half-understood world of childhood with glorious Polaroid immediacy. I loved it.” Christopher Wakling