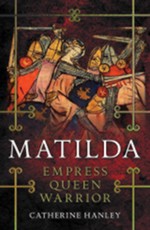 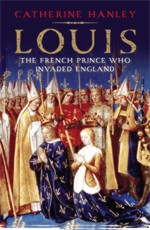 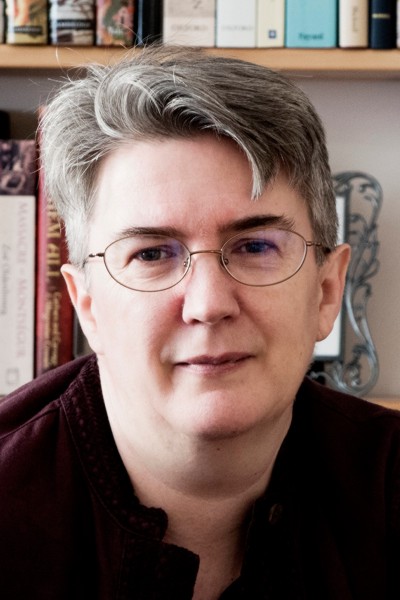 TWO HOUSES, TWO KINGDOMS: A History of France and England, 1100 – 1300, Catherine Hanley’s new work of non-fiction, will be published in hardback by Yale University Press on 12 July.

Catherine Hanley’s biography, MATILDA: Empress, Queen, Warrior, was published by Yale University Press in hardback on 12 March 2019 and in paperback on 11 February 2020.  It was a BBC History Magazine 2019 Book of the Year. She is the author of LOUIS: The French Prince who Invaded England (Yale University Press 2016).

Catherine Hanley has a PhD in Medieval Studies, specialising in twelfth and thirteenth century warfare, and has studied at or worked at the University of Sheffield, institutions in Brussels and Germany, and the University of Warwick. She lives in Somerset with her family.

Praise for MATILDA:
“The biography of Matilda I’ve been waiting for: as clear-sighted, forthright and formidable as the empress herself.  Catherine Hanley combines lucid scholarship with page-turning narrative; military expertise with a fine-grained understanding of the challenges facing a twelfth-century woman who sought to rule. The result – authoritative, human, and  utterly compelling – is a triumph.” Helen Castor, author of SHE WOLVES
“(An) impressive study … (Hanley) does a fine job of making the case for Matilda as a far more autonomous figure than historians have previously suggested.” Kathryn Hughes, Guardian
“Lively and authoritative … Hanley’s anger at the limitations placed on such a capable woman is palpable … if Matilda’s story reveals much about the differences between the twelfth century and the present day, it also highlights some uncomfortable similarities.” Katherine Harvey, TLS
“This is excellent and reliable popular history, confidently relating the dramatic, compelling tale of a remarkable woman in remarkable times.” Sean McGlynn, Spectator
“Lively and illuminating … wear(s) its considerable learning lightly … Catherine Hanley has written, in the best sense, an imaginative biography of a remarkable medieval woman.” Peter Marshall, Literary Review
“Ambitious and compelling, MATILDA brings the female ruler alive for a new generation of readers, capturing her early experiences as the young bride of the Holy Roman Emperor, her difficult marriage to Geoffrey of Anjou, her bitter rivalry with her cousin King Stephen for the English throne, and her vitally important role in supporting the accession of her son King Henry II.” Louise J. Wilkinson, author of ELEANOR DE MONTFORT
“A lucid and long-needed study of Matilda, the mother of the Plantagenets, England’s longest-ruling dynasty, and a pivotal figure in the power struggle that followed the death of her father, Henry I. It is essential reading for anyone seeking to understand this remarkable woman and the tangled politics of those years when ‘Christ and his saints slept’.”Derek Wilson, author of THE QUEEN AND THE HERETIC

Praise for LOUIS:
“A lively and accessible account of a neglected aspect of a crucial episode in English history and of the life of a King of France” David Bates, author of NORMANDY BEFORE 1066
“Catherine Hanley has produced a highly readable, lively account of the ill-fated invasion of England by Prince Louis of France and his brief reign as king of France. Overshadowed by his father, Philip Augustus, and his son, St Louis, Louis VIII emerges here as a man of considerable talent and strong character, the embodiment of his age.” Jeffrey Hamilton, author of THE PLANTAGENETS: HISTORY OF A DYNASTY
“As important as Magna Carta in the formation of England was the now forgotten French invasion which followed on from it. Prince Louis’s failure to establish himself as king reveals unexpected strengths in the English institutions of law and government which challenged him. Catherine Hanley uncovers this remarkable episode through her mastery of the sources (in Latin and Old French) and her ability to tell a good story. This book is essential reading for students of English and European history, as well as being an exemplary biography in its own right.” Michael Clanchy, author of ENGLAND AND ITS RULERS
“…captivating account. Scholarly without being stodgy, Hanley’s work vividly depicts the texture of the times with an enthralling, novelistic narrative.” Publishers Weekly
“Hanley tells Louis’ tale with pace and a lightness of touch … this is serious history, as well as a gripping – and poignant – story.” BBC History Magazine