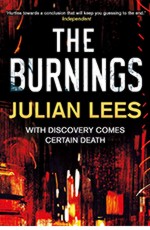 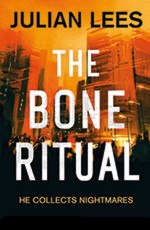 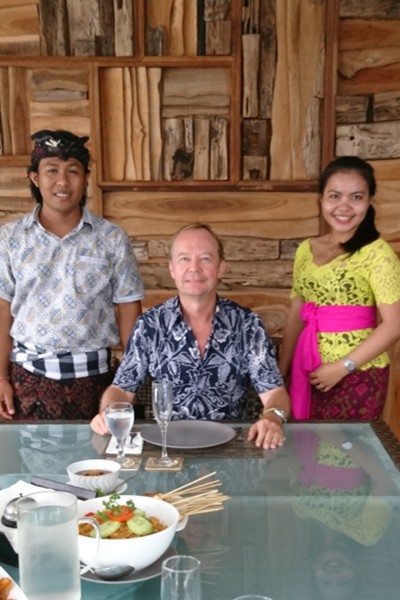 THE BURNINGS, the second in the Inspectur Ruud Pujasumarta crime series set in contemporary Jakarta/Indonesia, was published by Constable Crime/Little, Brown on 3 May 2018. It follows THE BONE RITUAL, published on 4 May 2017.

Born in Hong Kong, Julian Lees went to boarding school in England and to Cambridge University before returning to the Far East. He is married with three children and lives in Malaysia. Julian has previously written three exotic sagas, set in the cross-cultural world where East meets West which he captures bewitchingly and dramatically in his fiction, A WINTER BEAUTY (Blanvalet/Random House Germany 2006), THE FAN TAN PLAYERS (Sandstone Press 2010) and THE HOUSE OF TREMBLING LEAVES (Sandstone Press 2013). Julian’s novels are published in several languages.

Praise for THE BURNINGS:
“This second outing for Inspector Pujasumarta is an excellent police procedural set in a fascinating location featuring an empathetic and immensely likeable central character.” Ireland’s Saturday Independent
“THE BURNINGS is taut, tightly plotted stuff, written by an author who knows his crime-writing onions.” Wiltshire Living & North Hampshire Living magazines

Praise for THE BONE RITUAL, which was nominated for the CWA Gold Dagger Award:
“a darkly compelling tale of family secrets, lies and murder” Crime Review
“Will keep you guessing right to the end.” The Sunday Independent, Ireland
“Julian Lees’ lush use of language conjures up the extravagant and the seedy sides of life in modern Jakarta and transports the reader to its steamy slums and palaces…. keeping the reader enthralled right up until the denouement.” Crime Fiction Fix

Praise for THE HOUSE OF TREMBLING LEAVES:
“No one can accuse Julian Lees of being a stick in the mud for story locations. His last book, THE FAN TAN PLAYERS was set in Macau and now he’s gone for a quadruple siting, taking us to Malaysia, Cambridge, Tibet and India in the comfort of our own homes and some superlative writing.” The Bookbag
“This is a book with a nice flowing style, well rounded major characters, all with a story to tell… It’s the sort of book where you just keep wanting to read ‘one more chapter’.” The Little Reader Library
“THE HOUSE OF TREMBLING LEAVES gave me the sense that I was onto a good read from the very first pages… The array of colourful distinctive characters is what makes the story so engaging and powerful…it’s an excellent read.” Book Diva
“A rollicking wartime saga of pre-independence Malaysia” Metro
“It’s unique, brave and sensitive… What could have been a sugary tale of romance is elevated by other elements of this remarkable book… This is a must-read” Mostly Asian Food & Travel
“THE HOUSE OF TREMBLING LEAVES is still a magical novel whose purpose seems to be to both intrigue and challenge the reader. It takes a look at the strongest, deepest kind of friendship and asks if the relationship can withstand decades of separation. The only way to find out if it can is to read this elegant novel for yourself.” Dundee University Review of the Arts

Praise for THE FAN TAN PLAYERS:
“Satisfaction, even joy, accompanies the discovery of a new author, one previously unfamiliar, who proves his ability within a few pages and then tells and exciting tale. Without hesitation, Lees flexes his impressive storytelling muscles, giving readers an undeniable tingle of anticipation that he may have many more tales to tell.” Cairns Media Magazine
“Engaging” The Bookbag