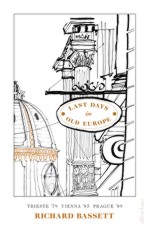 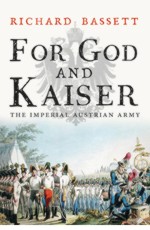 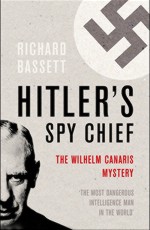 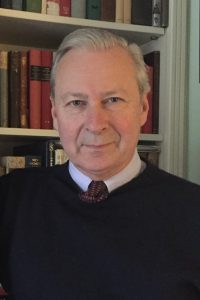 The Penguin paperback edition  of LAST DAYS IN OLD EUROPE: Trieste 79, Vienna 85, Prague 89, a memoir of Richard’s time as Foreign Correspondent for The Times behind the Iron Curtain, was published on 27 February 2020.  It was first published as an Allen Lane hardback in January 2019.   LAST DAYS IN OLD EUROPE was shortlisted for an Edward Stanford Dolman Travel Book of the Year Award, and was selected as a 2019 Book of the Year in the TLS and Spectator.

Richard Bassett read Law at Cambridge and did an MA in the History of Art at the Courtauld Institute. He was a staff foreign correspondent for The Times throughout the 1980s and early 1990s, covering central and Eastern Europe. He is married with two children and divides his time between London and Europe. Richard Bassett is the author of FOR GOD AND KAISER: The Imperial Austrian Army 1619 to 1918 (Yale University Press 2015), HITLER’S SPY CHIEF: The Wilhelm Canaris Mystery (Weidenfeld & Nicolson 2005), GUIDE TO CENTRAL EUROPE (Viking Penguin 1986), THE AUSTRIANS (Faber 1989), TRAVELLER’S GUIDE TO VIENNA with John Lehmann (Constable 1989), WALDHEIM (Viking Penguin 1989) and BALKAN HOURS (John Murray 1990). HITLER’S SPY CHIEF sold to twelve languages.

Richard is a Bye-Fellow of Christ’s College, Cambridge. https://www.christs.cam.ac.uk/content/mr-richard-bassett

Praise for LAST DAYS IN OLD EUROPE:
“A glorious book, one that could quite comfortably have been triple the length of its 200 pages, and the perfect read to remind us why we should be a part of this bewitching continent (of Europe).”  Charlie Connelly, The New European, choosing it as one of sixteen books to give as a Christmas present in December 2020
“an enchantingly old-fashioned account of Trieste, Vienna and Prague as the Cold War melted” Stephen Bayley, Spectator
“Richard Bassett’s spirited memoir of ten crucial years in recent European history is full of insights into the last days of two empires: the Habsburg, whose embers he savours beautifully, and the Communist, which he vividly shows us collapsing in front of him.  The book is charming and funny, but it has a serious purpose, lightly worn, and a flavour all of its own.” Anne Applebaum
“With these vivid, wistful memoirs, he joins the great chroniclers of Europe – the Prousts, Zweigs, Lampedusas, Leigh-Fermors and Bassanis – and shows how some of the things those writers loved persisted as late as 1989.” Derek Turner, Economist
“has historical significance and a stream of entertaining stories” Julian Evans, Daily Telegraph
“Most memoirs by former journalists fail lamentably … A vastly enjoyable exception to the rule is Richard Bassett’s charming, imaginative and elegantly written memoir of his adventures in central Europe, for many years as a correspondent for The Times.” Victor Sebestyen, Evening Standard
“As Soviet rule in central Europe collapsed in the late 1980s, newsworthy events, thrilling and poignant, abounded. Many were enriched by the diffident, elegant presence of Richard Bassett. ” Edward Lucas, Financial Times
“In the 1980s Richard Bassett was “our man” in central Europe, and a high old time he appears to have had. This memoir of that period and those places is nicely crafted and would happily accompany a bottle or two of Holzpur 2004 spread over a couple of winter evenings.” David Aaronovitch, The Times
“This is a gem of a book … a charming and engaging memoir of a world now gone.” Clovis Meath Baker, Standpoint
“Eyewitness anecdotes bring to life the complex criss-crossing history of Mitteleuropa … a very well-furnished English mind, travelling through Europe at a transformative moment in its history with more than a bit of local knowledge.” Annette Kobak, Times Literary Supplement

Praise for FOR GOD AND KAISER:
“This is a very good battle history of the old Austrian army, probably the most impressive one in any language.” Lothar Höbelt, University of Vienna for War in History
“genuinely ground-breaking … brilliantly fills a gaping hole in Europe’s history” Nigel Jones in BBC History Magazine
“An accessible English-language survey of the Habsburg Army, its achievements and eccentricities, has long been awaited. This need has now been met by Richard Bassett, who combines a mastery of the sources with a deep understanding of Austrian life and culture.” Christopher Duffy, author of THE AUSTRIAN ARMY IN THE SEVEN YEARS WAR
“Calling to his aid an impressively broad array of sources, Bassett draws on a wealth of detail and anecdote to tell this fascinating story … a mine of information. Bassett sets out to explore whether the Habsburgs’ army’s reputation for incompetence is at all justified and the author demonstrates with engaging verve that it is not.” Adam Zamoyksi in The Literary Review
“eminently readable and long overdue history of the Habsburgs and their army” Army Rumour Services
“John Keegan … felt that the most important book …that remained unwritten was a history of the Austrian army. Richard Bassett has now successfully filled the gap … an eye-opener.” John Jolliffe in the Spectator
“superb new book” William Anthony Hay (Associate Professor of History and Director of the Institute for the Humanities at Mississippi State University) on the National Interest Website
“a remarkable masterpiece of vivid fast-paced and accessible historiography” Professor Gunther Kronenbitter in Royal United Services Institute Journal